The Goats Are Back in Riverside Park, But Who Will Be the GOAT?

The New York City nickname Gotham – meaning “goat town” in Old English – was popularized by Washington Irving in 1807. Though originally meant as a put-down, New Yorkers embraced the name. “Goat town” was an apt description of the undeveloped Upper West Side where goats used to roam. Today, it applies once again as five goats hit the slopes of Riverside Park for a seasonal feast and the chance to be voted the G.O.A.T. of 2021.

In 2019, Riverside Park Conservancy brought a herd of goats to Gotham, to graze Goatham – a hard-to-access area in the northern part of the park. The goats, who have all retired from former careers, are from a local farm. They have taken up residency for the summer on sloped terrain that is rife with invasive plants. Since goats are naturally effective weed whackers, putting them to work in Goatham is like treating them to an all-you-can-eat buffet. It’s hearty for the goats and good for the environment. The “Fabulous Five” goats chosen were welcomed on July 14 alongside a bunch of their friends for the inaugural Running of the Goats to much fanfare from members of the community, elected officials, and goat fans near and far.

They’re back in @RiversideParkNY, will spend the summer eating invasive plants to avoid need for chemical herbicides. Come see the goats in action at 120th St! (📽️ @Danny_ODonnell_) pic.twitter.com/05uXfAEDbX

Goats and their giant appetites have been widely used by farmers, and recently, by nearby parks to help with weed control. Not only do goats eat almost constantly — they can consume 25% of their own body weight in vegetation in just one day — but their fecal matter adds nutrients to the soil as they go. It’s an all around win — a sustainable, chemical-free method of removing invasive species from a landscape.

The goats will roam a two-acre area, within a fenced enclosure, located between approximately between 119th and 125th Streets, feasting all the while. Throughout the season, the goats will continuously consume the weeds all the way down to the roots, which stunts the plants’ normal growth trajectory by making them start all over — only to be eaten again. After a few months, the plants’ ability to grow will have been weakened, and perhaps eliminated altogether.

The five goats will remain for the summer, and the Conservancy will offer New Yorkers a chance for a ranked-choice vote in its Vote-the-GOAT Election. "Our ranked-choice voting system will go off without a hitch and the G.O.A.T. will be crowned without any confusion or controversy by the end of the summer," said Riverside Park Conservancy President & CEO Dan Garodnick. "We encourage New Yorkers to come meet the "Fabulous Five" in person and to pay attention to our social media channels as the goats roll out their platforms." 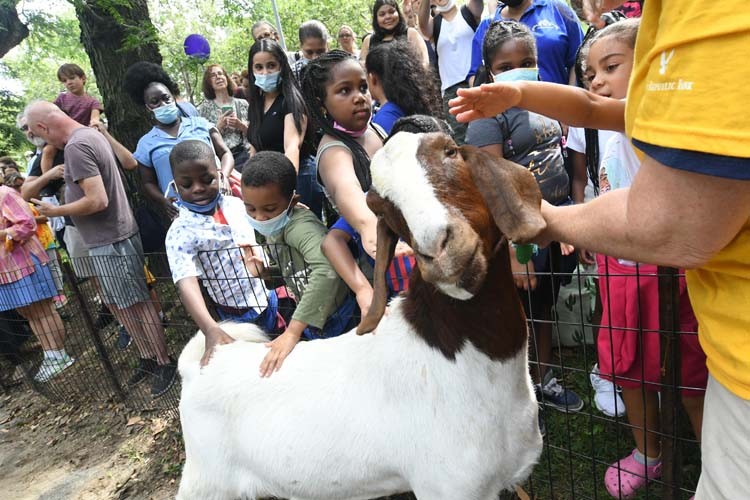 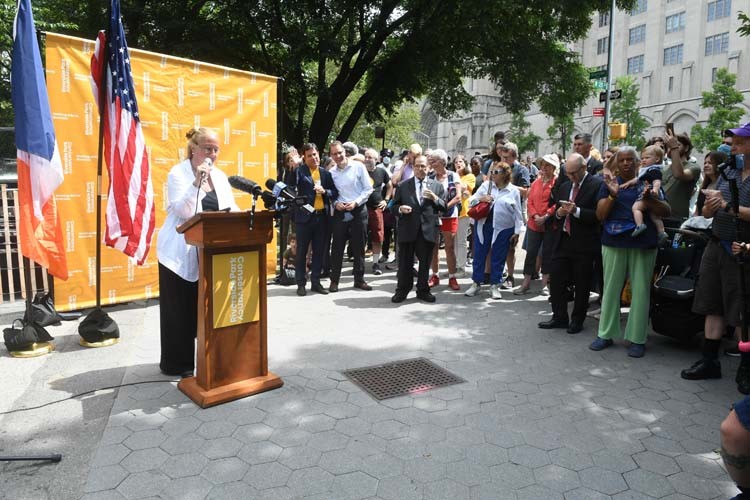 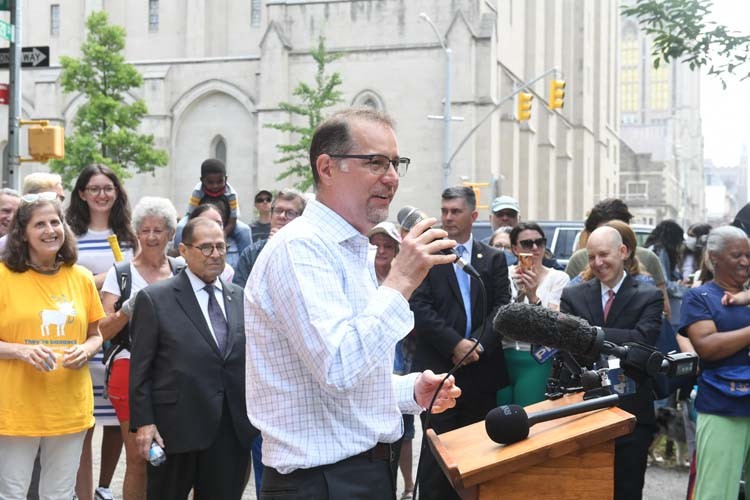 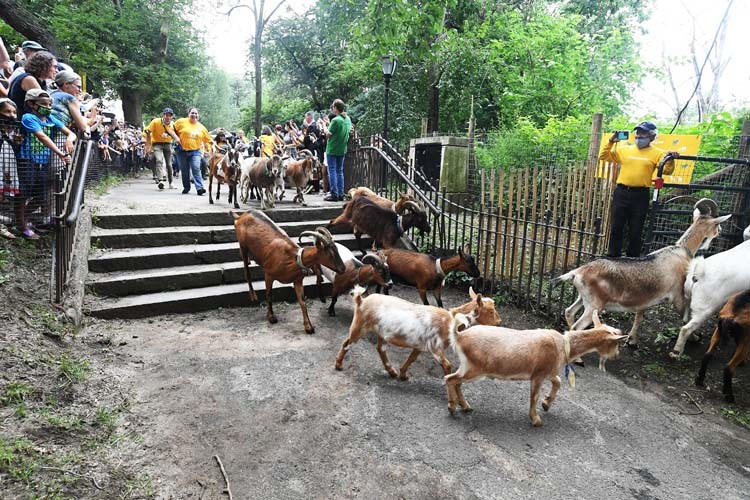 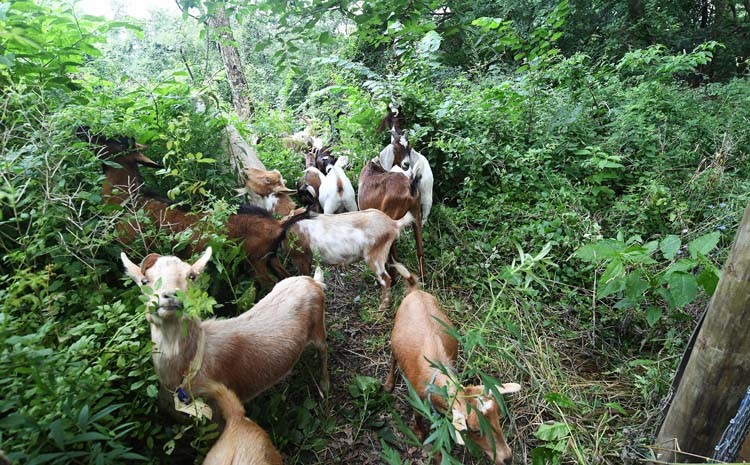 Harlem Week Returns to Rebirth, Rebuild, and Rejoice in 2021