“We are thrilled to unveil these completely revamped spaces at Morningside Park and Thomas Jefferson Park,” said Silver. “As commissioner I’ve prioritized working to ensure that all New Yorkers have access to quality parks, and it’s outstanding to see these underused spaces transformed into community assets. Thanks to funding from Borough President Brewer, Council Members Levine, Ayala, and Perkins, and former Council Members Dickens and Mark-Viverito, these redesigned areas now integrate with the surrounding landscape while offering new amenities for Harlem residents to enjoy.” 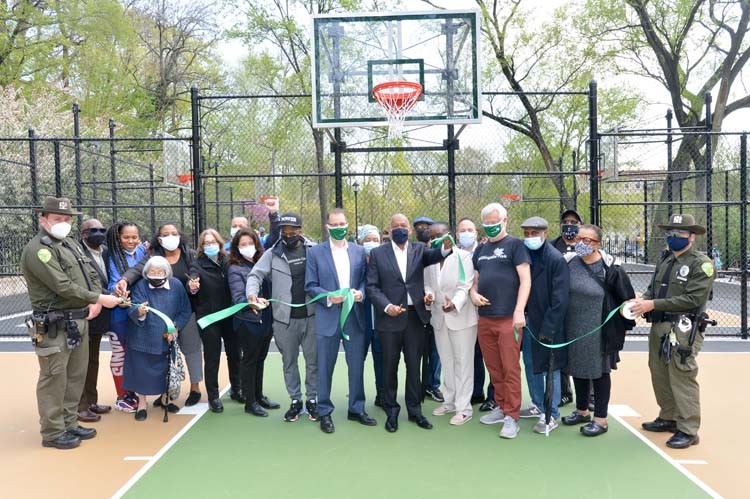 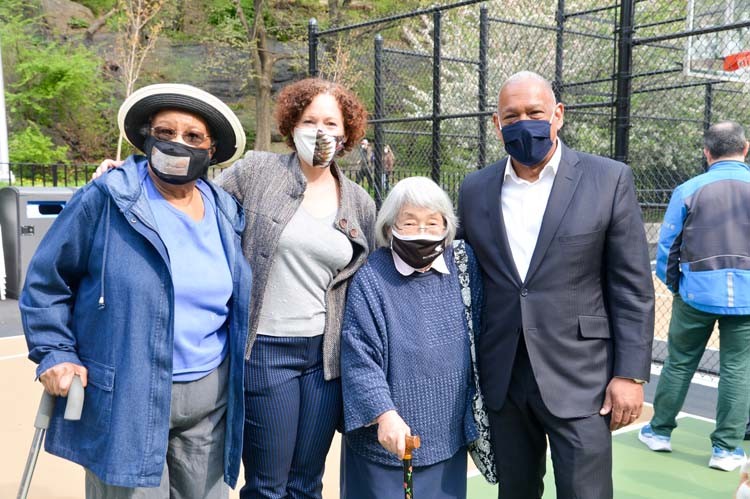 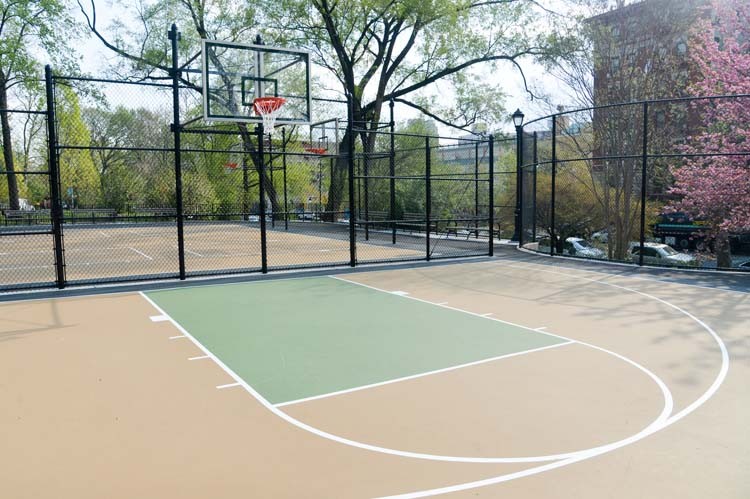 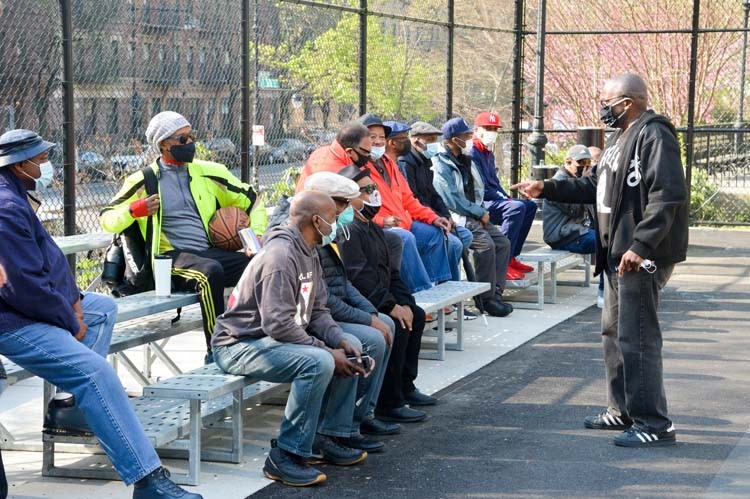 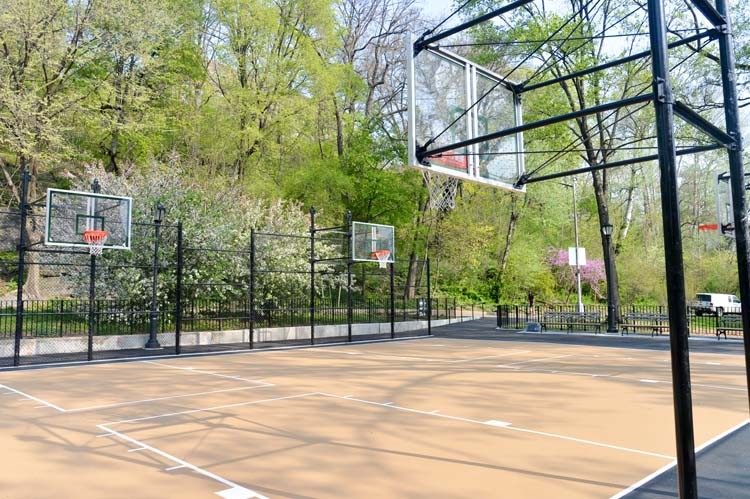 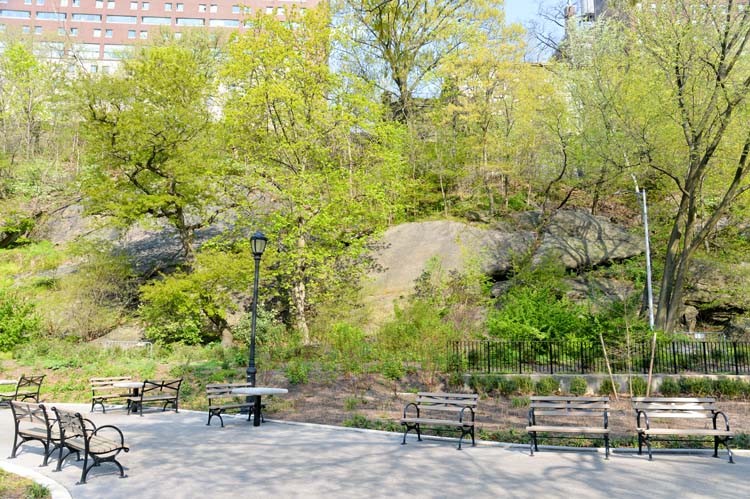 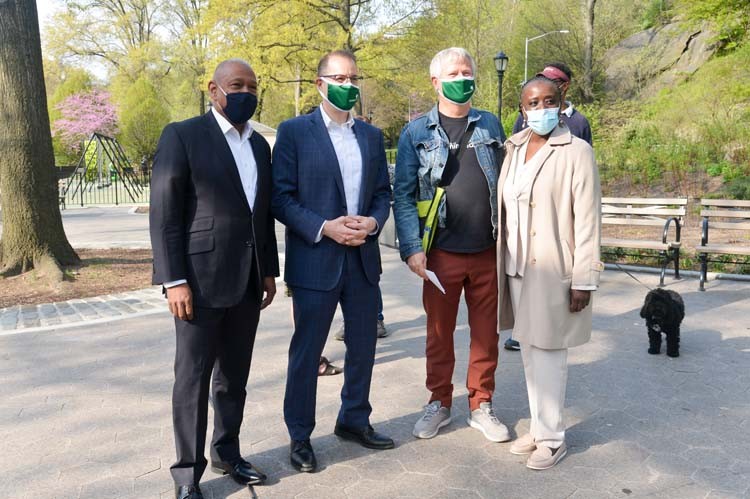 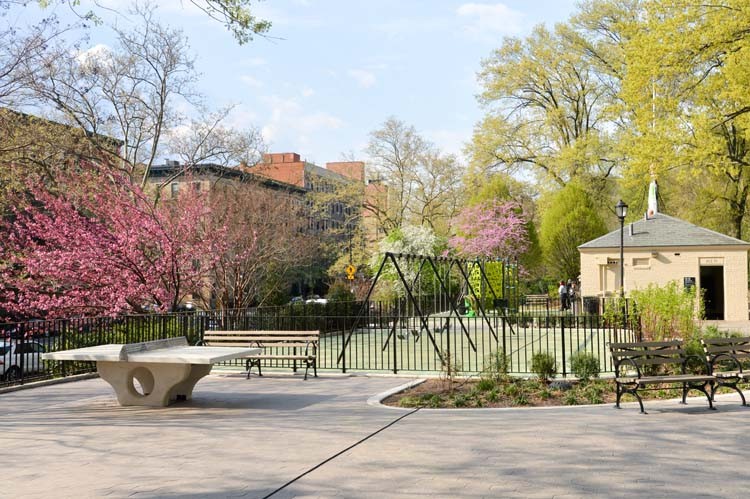 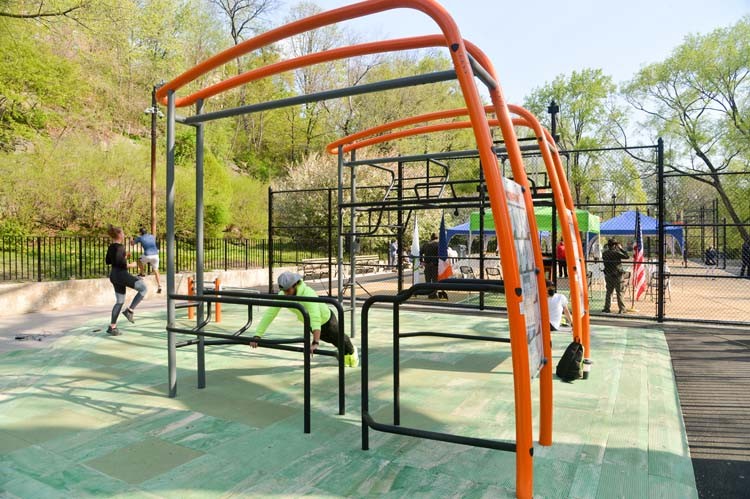 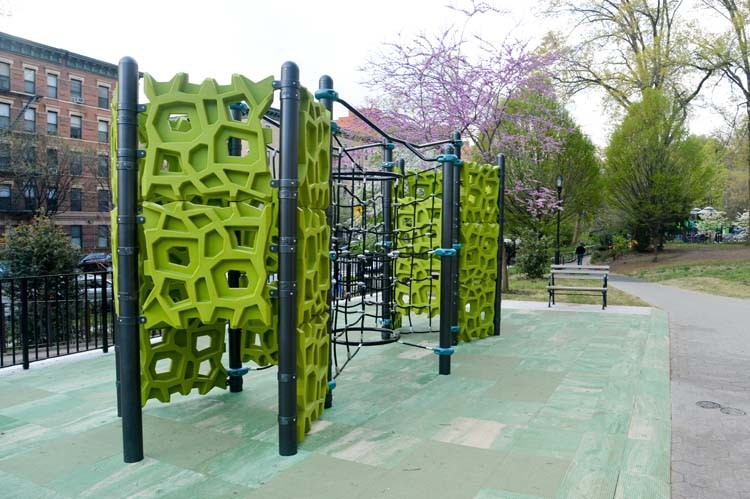 A narrow strip that stretches 13 blocks, Morningside Park was built on a steep incline, with multiple playgrounds nestled at the bottom of its cliff-like hillside and places to pause along its heights to take in unique views. One of the four Historic Harlem Parks, the park blends dramatic landscaping with the pleasures of a community park.

“From the beginning of this process, the reconstruction of Morningside Park’s Middle Playground has been a community-grown vision for how this cherished public resource could best serve New Yorkers of all ages and abilities,” said Levine. “Over the course of the pandemic, our city has gone through a renaissance of our understanding of the value and necessity of our public parks. The completion of this really impressive reconstruction of the Middle Playground could not come at a better time to allow so many of our neighbors in Harlem and Morningside Heights and beyond to enjoy and utilize this inclusive park. I could not be more proud of the work the community has put into this project and that I was able to contribute in a small way to its completion.”

“A new season is the perfect time to cut the ribbon on the ‘Middle Playground’ at Morningside Park,” said Brewer. “I’m proud to have allocated funding towards this project that offers recreational opportunities and features for adults and children to enjoy, including newly reconstructed basketball courts and improved lighting. I encourage the families of Harlem and Morningside Heights to take advantage of the new playground and courts.”

“The middle playground in Morningside Park has long been a loved community amenity with Fathers Day basketball tournaments held on its courts for over 35 years. With this renovation NYC Parks has achieved a decades-long goal of our 2001 Morningside Park Master Plan to reintegrate the basketball courts into the fabric of the park while adding new amenities, such as adult fitness equipment, game tables, ping pong, new swings, climbing structures, and benches all in response to community input. We are ever so grateful to all who contributed to its success and to our elected officials for allocating the funds for this new jewel in our scenic landmark park,” said Brad Taylor, president, Friends of Morningside Park.

“Morningside Park is an invaluable resource for the community, providing an outlet for improving mental and physical health. The reconstructed playground and basketball courts elevate the facilities for everyone's enjoyment at a time when green spaces are more important than ever,” said Julia Boland, president, The Morningside Park Conservancy. 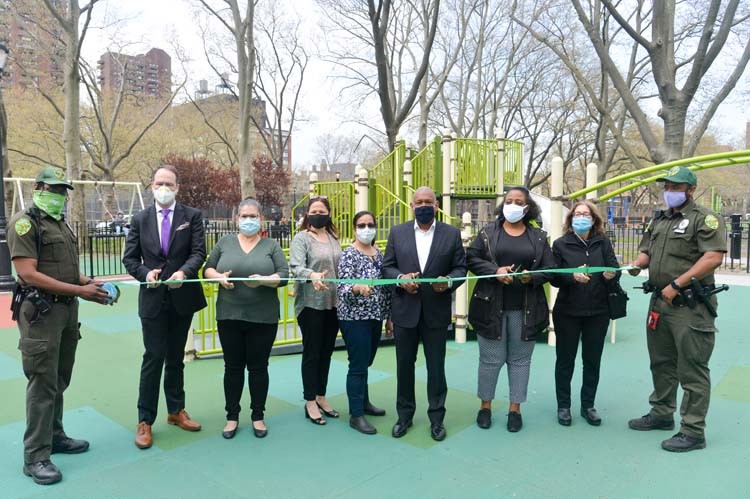 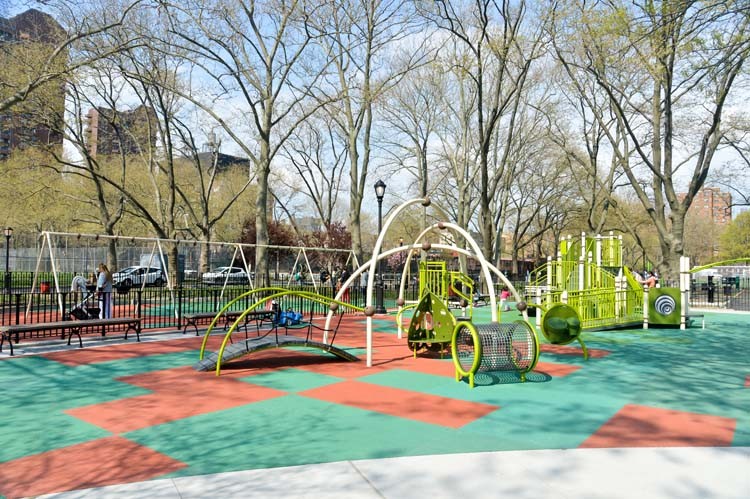 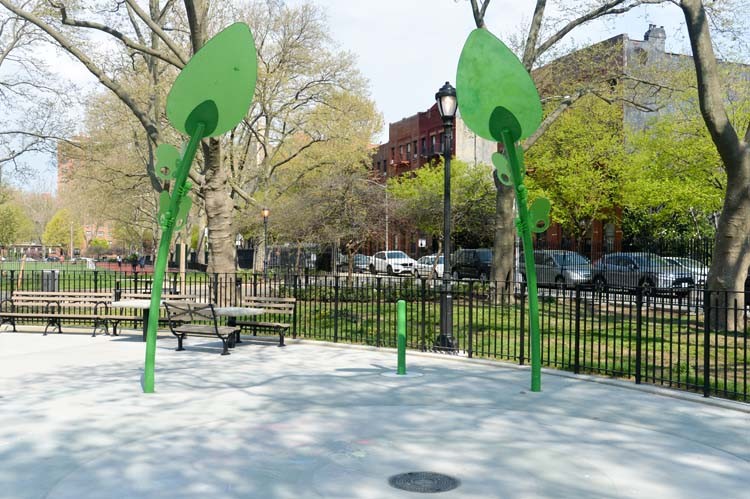 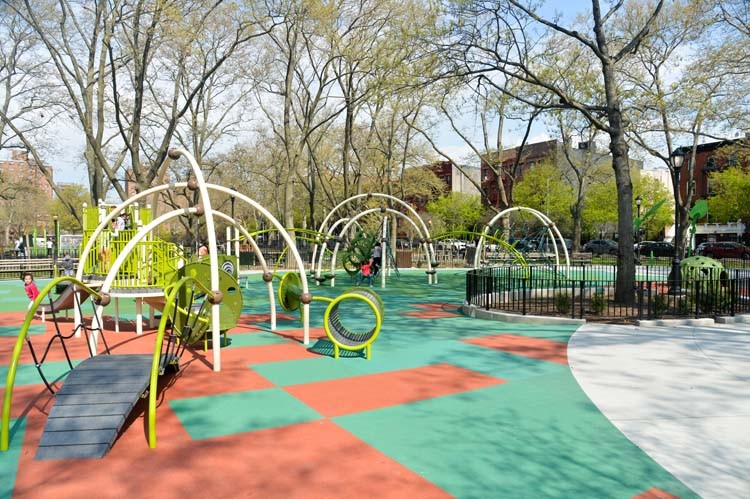 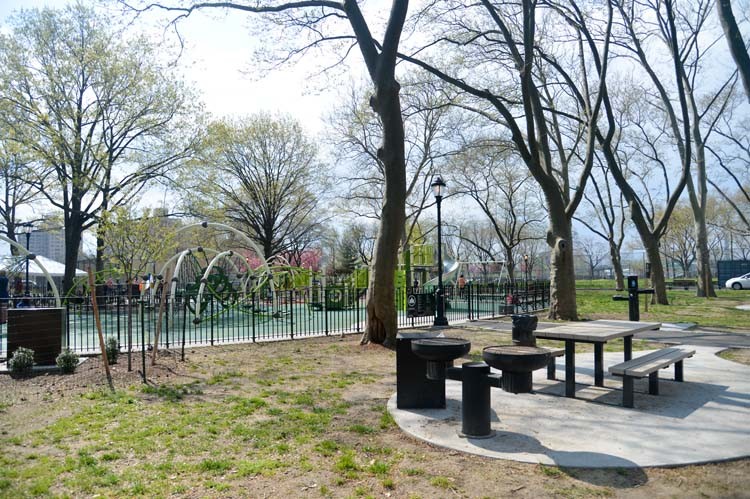 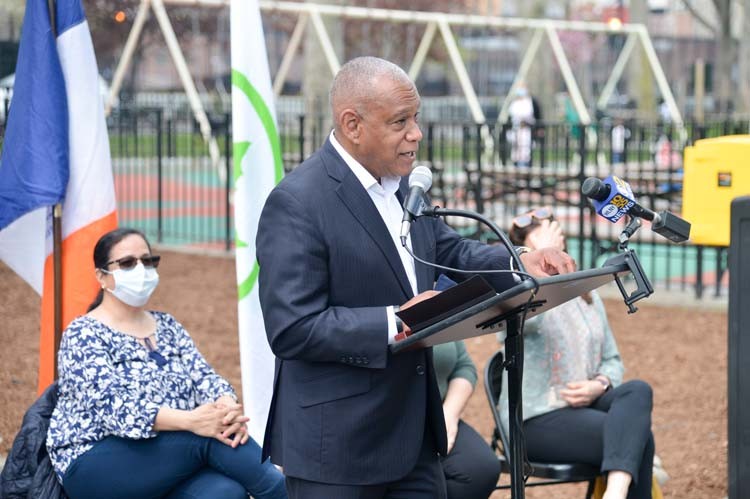 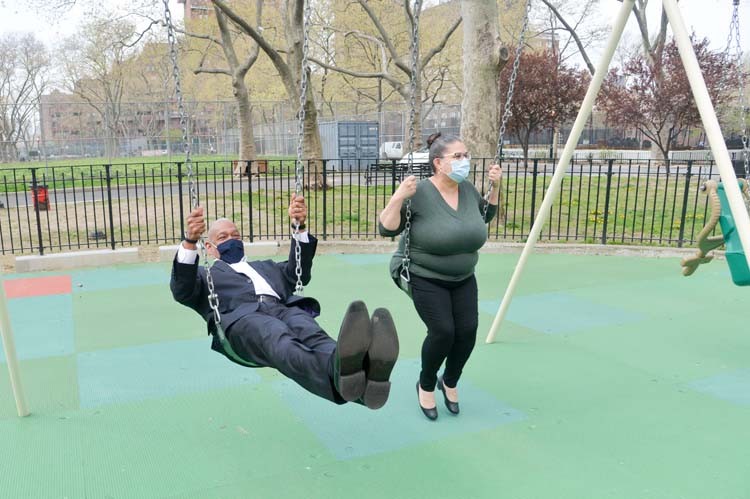 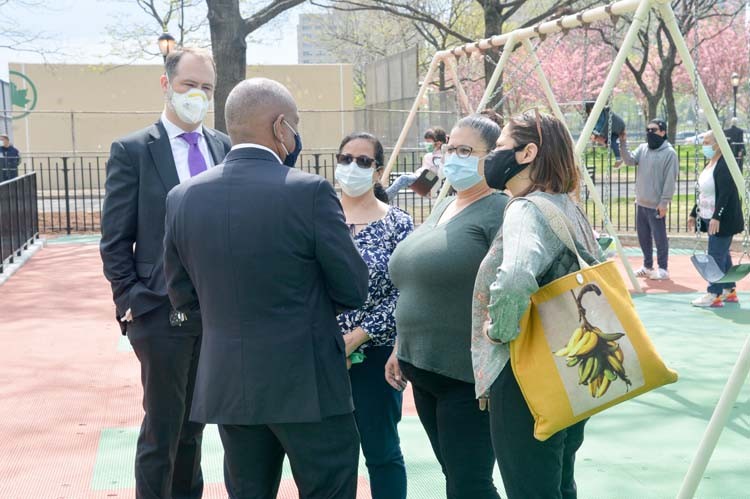 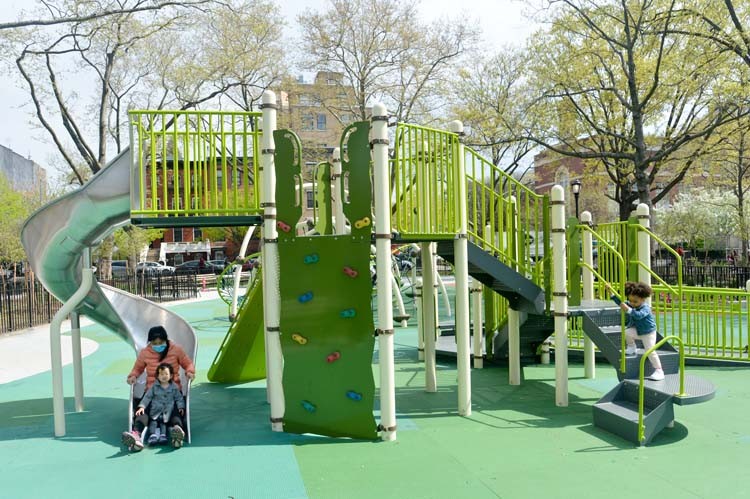 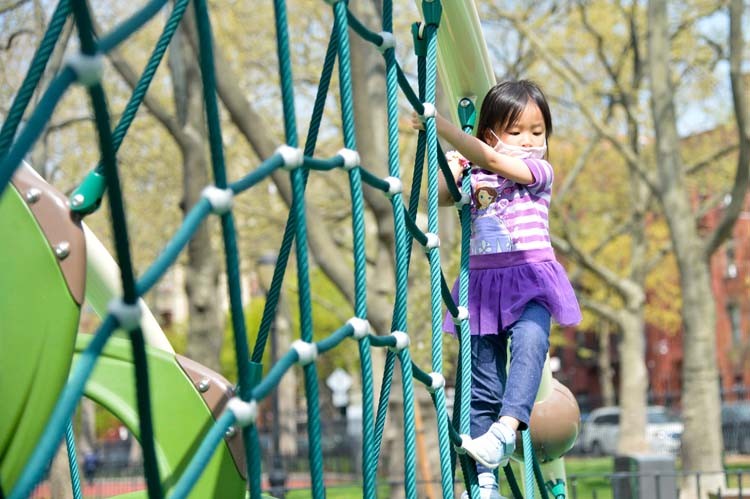 Thomas Jefferson Park was planned and named by the Board of Aldermen in 1894, though the land for it was not purchased until 1897. The park opened on October 7, 1905 to provide organized play to the children of “Little Italy,” as the crowded tenement district in East Harlem was then known. The playground was last reconstructed in 1994.

“I am excited that we are able to celebrate the newly renovated Thomas Jefferson Park playground and look forward to seeing our neighborhood children enjoy it because it was a labor of love completed on their behalf,” said Ayala. “I am equally delighted to share this moment and thank my predecessor, former Council Speaker Melissa Mark-Viverito. Through our combined efforts, we were able to allocate $2.39 million to fund these needed improvements. I also want to thank NYC Parks Commissioner Mitchell Silver and Manhattan Borough Commissioner William Castro for their stewardship.”

“It’s an exciting day! Yet another playground improvement in our community that will provide greater recreational opportunities for our neighbors and our families,” said Mark-Viverito. “Thomas Jefferson Park playground now has many diverse, accessible play features and is a wonderful addition to our beautiful community. I am proud to have served as your councilwoman and to have contributed in a small way, on your behalf, to this moment as we cut the ribbon to this improved playground.”

“I’m glad that the Thomas Jefferson Park playground has received the much-needed upgrade it deserves,” said Manhattan Borough President Gale A. Brewer. “This renovation ensures more accessible features for families in East Harlem, from new play equipment and safety surfaces to a reconstructed spray shower and an improved BBQ area, giving this community treasure a new look with more ways to play and enjoy the outdoors.”

Under the leadership of Commissioner Silver, since 2014 NYC Parks has completed more than 800 capital projects across the five boroughs, advancing the City’s mission to build a more equitable park system for present and future generations. Under this administration, the agency has brought our park system into the 21st century, with guidelines focused on resiliency and access and leading with a data-driven approach to increasing park equity. Parks has also improved its capital process in order to take on more projects and complete them faster. Through these strategies, the agency has reimagined how we invest in parks across the city, including those in communities with the greatest need for open-space improvements that had not seen investment in decades. Parks’ 10-year capital budget is $5.2 billion—the completed projects over the past seven years represents a $1.96 billion investment.

Explore the 'Disappearing Queer Spaces' of the Harlem Renaissance